Today is the last day of the 2015 Dallas JCC Maccabi Games®.  It’s hard to believe how the week has flown by.  Here is a wrap-up of the day’s competition:

Team Palo Alto on both sides of the net: Sam and Thomas played each other in the bronze medal 16U boys’ tennis match.

Thomas ended up taking home the bronze medal and Sam placed fourth. Most importantly, they didn’t let the match impact their friendship, the very definition of rachmanus.

Daniela defending against LA Westside in the bronze medal game. 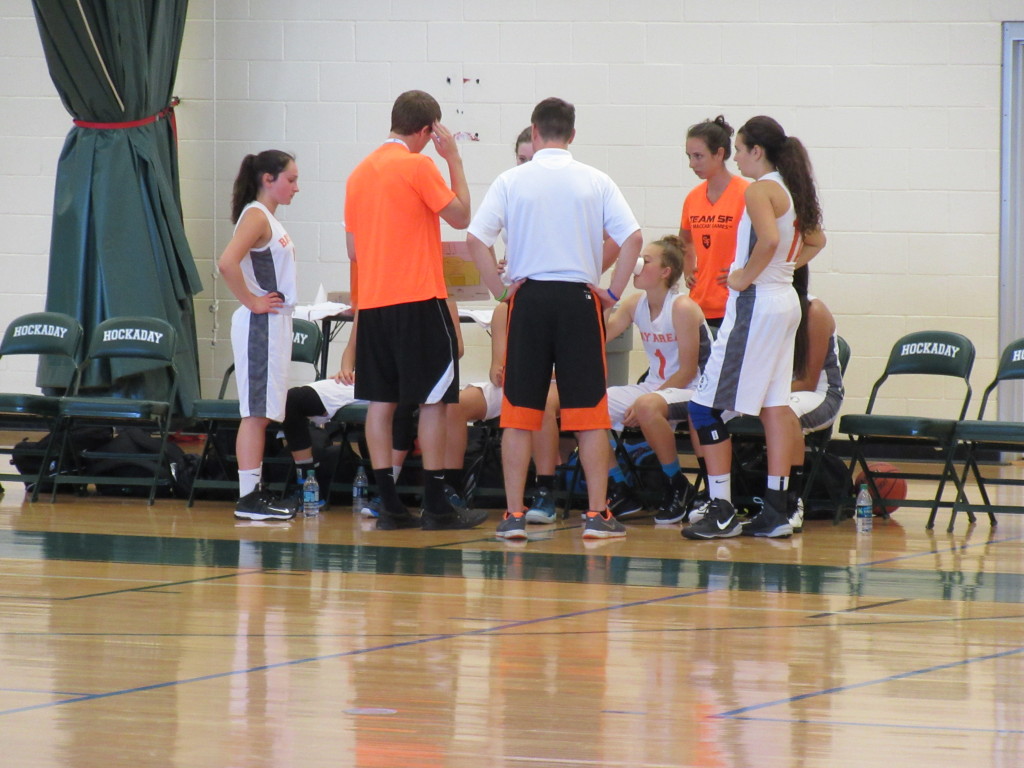 Carly in the huddle during a timeout.

Our girls’ basketball team played their hearts out but were denied the bronze by L.A. Westside, a formidable team. It was a close game until the very end—a more competitive game than the gold medal match later that afternoon. The Bay Area girls’ team members were disappointed but they’re already making plans for another gold medal run next year.

Meanwhile, Seth finished with two gold medals in golf, beating out athletes one or two years older than him. He was humble and gracious about his win. Very classy.

Tradition of the Day: This year, the JCC Maccabi Games® introduced a new slogan, #WeAreMaccabi, to celebrate diversity among participating athletes and their families. The hashtag highlights the fact that, as JCCA has written, “The JCC Maccabi family includes Jews of African-American, Asian and Latin-American descent. It includes athletes and artists, coaches, Delegation Heads and Chaperones with diverse athletic and artistic backgrounds and abilities. It includes participants with special needs, of different sexual orientations, and with much to share in what makes everyone a unique and valuable member of JCC Maccabi.” I’m so proud to see this hashtag catching on. I hope it will become a longstanding JCC Maccabi Games® tradition.

Delegation Head’s Moment of the Day: Tonight I could see the connections our athletes made with other Jewish teens from all over the world. At the evening event, a wrap-up party at a dance club-turned-teen party space (complete with a live Texas Longhorn bull to pose with for pictures…because, Texas!), they were running around for hours trading pins, socks, shirts, jackets, sombreros—anything that had a delegation’s name on it, especially Mexico, Panama, Israel, or Australia—and making plans to see their new friends again and stay in touch. I know I will keep this experience with me for a long time and the athletes from Team Palo Alto will too.

Stay tuned for information about when and where we will be going for next year’s JCC Maccabi Games (y’all!). Thanks for memories, Dallas. See everyone next year!

Scores from all the Dallas JCC Maccabi Games® events can be found on the Games’ official website. Check out the OFJCC Teens Facebook, Twitter, and Instagram pages for pictures and videos of our delegation’s experience throughout the competition.