Latkes: A to Z Recipes

I’ve never been a big fan of potato latkes. Zucchini latkes, yes. Potato latkes, no. I was originally planning to come up with one alternative recipe to share on this blog, but after scouring the web for ideas, I found so many fantastic concoctions that I had to share them instead!

Here’s an A–Z latke list that will have you trying a new recipe every night of Hanukkah. I found delicious-looking, creative recipes featuring a key ingredient that starts with every letter of the alphabet—with the exceptions of U, V, W and X. I broke the rules a little for those.

If you have a favorite twist on the classic that I didn’t include, please share it in the comments. 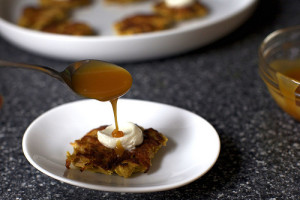 A is for Apple

B is for Brussels Sprouts 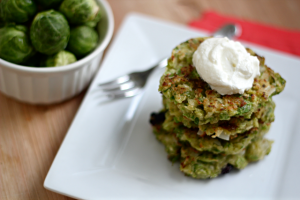 C is for Cauliflower

D is for Duck Fat

Duck Fat-Fried Latkes with Quince Conserva
Because everything is better fried in duck fat, right?

E is for Egg

F is for Fennel 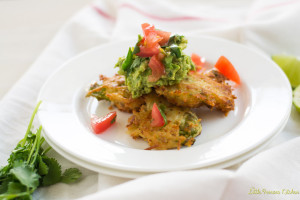 G is for Garlic

Roasted Garlic and Herb Latkes
For me, any recipe with the word “garlic” in the name is a step above the rest.

H is for Hatch Chile

I is for Indian Spices

Indian Spiced Potato Pancake with Mint & Yogurt Chutney
Just look at the picture—it’s so fluffy! This is a must-try flavorful addition to your latke repertoire. 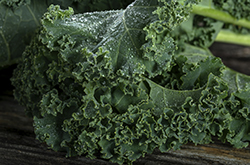 K is for Kale

Kale Latkes
You knew it was coming, right?

L is for Leek

M is for Mushroom 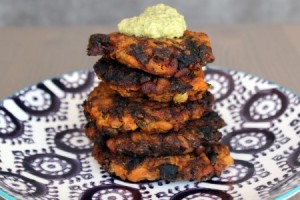 N is for Nut

Pine nut, that is…
Turkish Carrot, Apricot, and Pine Nut Latkes (Havuc Koftesi)
Also try: Zucchini Latkes With Parmesan, Pine Nuts and Basil and Nacho Latkes. I take back my “guilty pleasure” comment about grilled cheese latkes. This one takes the cake.

O is for Olive

Olive Latkes
I like olives, but I’m not sure how I feel about this one. If anyone tries it, please let me know how it turns out. 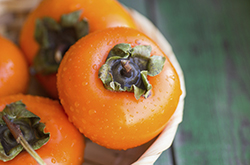 P is for Potato

Classic Potato Latkes
I felt obligated to feature the classic. But there are so many great options! Also try: Persimmon Latkes, Parsnip Latkes with Mustard Cashew Cream and Honey Roasted Apples and Parmesan Potato Pancakes

Q is for Quinoa

Quinoa Vegetable Latkes
Add a healthy dose of fiber and protein to your latkes!

R is for Root Vegetable

Root Vegetable Latkes
The ingredient is more generic than I would like, but they look delicious. 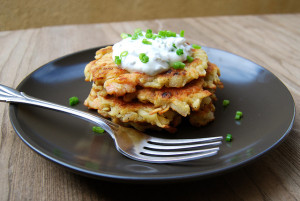 S is for Smoked Salmon

T is for Turnip

Potato-Turnip Latkes Fried in Duck Fat
You know, I’m not sure I’ve ever had a turnip. But I’m sure this is a good recipe. It’s fried in duck fat, after all. 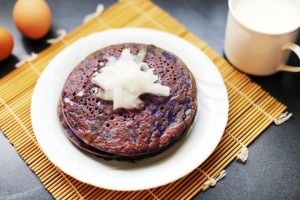 U is for Ube Yam

Ube Pancake
Purple pancakes! I couldn’t find a latke recipe using ube yams, but I did find recipes for another kind of potato pancake. For something a bit more traditional with a purple twist, try Purple Potato Latkes.

V is for Vodka

Though I had an impossible time finding a V food to incorporate into latkes (other than the too-generic “vegetables”), the Vodka Latke Party came to my attention. Time for some party-planning ideas from Kveller, Williams-Sonoma and sheknows. 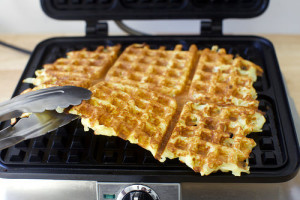 W is for Waffle

Latke Waffles
Another tough one. Instead of putting a certain ingredient in a latke, put the latke in a waffle!

X is for Xero

(According to Urban Dictionary). Nothing. Nada.

Y is for Yam

Z is for Zucchini

Zucchini Latkes
Becoming almost as commonplace as the potato latke, zucchini latkes have my vote.

Liz was the Director of Marketing at the Oshman Family JCC. She loves great food, spending time with family and friends, and singing shamelessly in the car. An avid carnivorous plant collector, Liz has about 50 merciless bug-eaters in her yard.