Soccer player Jack introduces himself to the rest of the OFJCC delegation.

Many readers of this blog are familiar with the OFJCC’s mission to “inspire Jewish Journeys.” In the teen program, we take the “journey” piece both literally and figuratively each year when we travel with a group of athletes to the JCC Maccabi Games®. The JCC Maccabi Games®, which have run every summer since 1982, are like a Jewish Olympics for teens. More than that, for its athletes, the Games foster healthy living, teamwork and pride in being Jewish.

I am excited to be chaperoning eleven teens on my first journey to the JCC Maccabi Games® as the Delegation Head, or DH (the JCC Maccabi kind, not the Major League Baseball kind).

The journey began for athletes in our Palo Alto delegation at our official sendoff event on July 27th. The evening started with a short meeting for athletes and parents in the Marcia & John Goldman Teen Center. The teens took part in a quick icebreaker that got them out of their seats, moving and laughing.

The athletes loved getting duffel bags with all of their Team Palo Alto gear, which this year, has a Pac-Man-esque theme (an homage to early gaming and Atari, which started right in our backyard in Sunnyvale, CA). In addition to their bags and water bottles (Dallas is hella hot in August), the athletes got shirts and jackets with the team logo, plus Team Palo Alto pins and socks to trade. I have heard many former JCC Maccabi Games® athletes say that trading pins and other gear with teens from all over the world is one of the best parts of the experience. It will be fun to see how in-demand our team’s gear turns out to be. 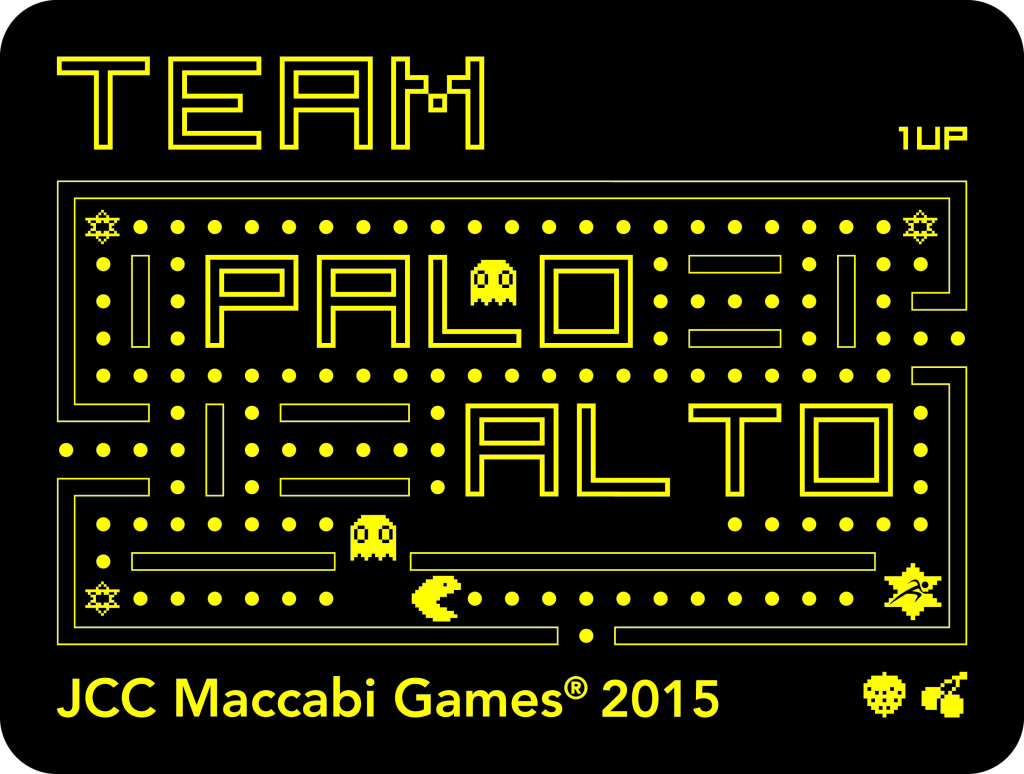 The finale of our sendoff was going to a San Francisco Giants game. The athletes and staff loved watching the Giants win and eating the tasty food at AT&T Park (Gilroy garlic fries anyone?). Best of all, it was Giants Jewish Heritage Night, so everyone got a Giants kiddush cup and an earful of Jewish music between innings.

When I went to get my kiddush cup, I saw a group of Orthodox Jewish men davening in the twilight at one corner of the stadium. The city lights of San Francisco began to turn on behind them as they prayed. It was an idyllic blend of sports and Jewish culture–a little of the Maccabi spirit right here at home. There is much more to come.

I will be live-blogging all this week from Dallas so you can follow us as our Palo Alto delegation takes on the 2015 JCC Maccabi Games®. We have athletes competing in basketball, soccer, golf, tennis, and swimming. Check back for pictures, videos, and stories from our journey. In the meantime, here is a link to the official Dallas JCC Maccabi Games® website.