Getting healthy or losing weight are the two most common New Year’s resolutions that people make each year but research shows that only eight percent of people actually achieve their New Year’s goals. Why do so many people miss the mark? Master Trainer Jorge G. Contreras at the Goldman Sports & Wellness Complex explains, “First, figure out why losing weight or being healthier is important to you. Establish the ‘why,’ then work on how you’re going to keep yourself accountable.”

My story didn’t begin on January 1st like most people. I had no intention to start exercising or eat healthy after the holiday season because I had tried and failed so many times in the past. A few months prior to the New Year in 2017, my mom was diagnosed with Stage IV colon cancer. As I was leaving her bedside at the hospital, she told me “Yana, please start taking care of yourself or you’ll be laying on this same bed.” From that point, I knew I needed to make some serious changes in order to live a better, longer life.

It’s been officially one year since I started my journey and during this time I discovered five great tips that helped me stick to my New Year’s resolution:

I didn’t put pressure on myself to go to the gym seven days a week. Instead, I went to the gym twice a week and then every few weeks I would add another day once I found myself getting stronger. This formed a habit and eventually I felt like my day wasn’t complete unless I had gone to the gym.

During the first month of exercising, I found myself getting bored on the elliptical machine but I was too scared to try anything else (free weights and other machines) and was afraid that I would end up injuring myself. I signed up for a fitness introductory session and was paired off with my trainer. As Jorge says, “Even the most motivated individual with a reasonable goal and timeframe is working against all odds without the support of a health coach or personal trainer. It would be like trying to build a supercomputer without any knowledge of computer science.”

In the past, I would be obsessed with the number on the scale and each time I would step on it, I would get discouraged. But just as the saying goes “If you can measure it, you can improve it,” I had to measure my success somehow in order to stay on track. But you don’t have to be a slave to the scale. I started to notice that tight clothes were becoming looser. I also started taking weekly photos of myself and noticed my body changing. These methods became my new “scale.” 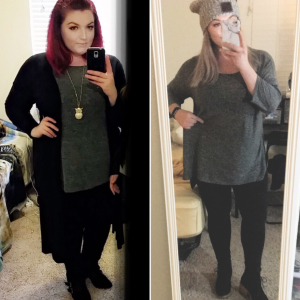 Let’s face it: perfection is unattainable. People often go in with an “all-or-nothing” mindset at the beginning of the year and the moment that they slip, they quit completely. There were weeks that I wouldn’t lose weight and even times that the weight started to creep back. I kept reminding myself that this New Year’s Resolution was a long-term goal, not a quick fix. I made the proper adjustments needed and I was back on track. 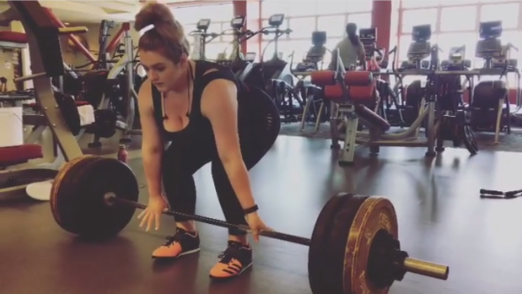 I’m not talking about eating an entire box of pizza, cupcakes or ice cream just because you burned an extra 300 calories that day. Instead, I would “treat myself” to a new gym outfit or weekly massages. Not only was this a way to reward myself for working hard in the gym, but it also helped alleviate pain and prevent injuries.

Throughout the year, I had my ups and downs but with the right mindset, not only was I able to keep my New Year’s resolution and lose over 30 pounds, I was able to turn it into a lifestyle. When you start to feel discouraged and unmotivated after the New Year hype is over, just remember why you started in the first place.

Yana Zavgorodnyaya is the social media specialist at the OFJCC. Nicknamed “The Jill of All Trades,” Yana has more hobbies than she can count including modern hand lettering, making amazing charcuterie boards and dead lifting over 300 pounds. She can be found “living her best life” at the beach, up in the mountains and everywhere in between, just as long as she has her favorite music playing and the temperature is at a perfect 78 degrees.