What kind of driver are you?/!

Have you ever been guilty of committing a California rolling stop, also known as a “California roll”? Some driving maneuvers may be very common but are unsafe or even against the law. However, for better or worse, we’re easily influenced by those around us. An article from the academic journal Accident Analysis & Prevention notes, “Each driver is influenced by the collective behavior of other drivers. At the same time, each driver is also part of this collective, and thus influences others” (Zaidel). When it comes to operating a vehicle, many people have a culture of driving that reflects where they’re from.

People from around the world have been rumored to have different styles of driving. As a recent ABC News article notes, German drivers seem to obey the rules: “You know what the guy behind you’s up to and you know what the guy ahead of you’s up to. That’s never the case [in the U.S.],” Alex Landsdorff, press attaché at the German Embassy in Washington, claimed in the article.

British drivers are also known to mind their turn signals. James Bailey, Senior Graphic Designer at the Oshman Family JCC who hails from Hertfordshire, England, notes “You know where you are at with British driving; a [turn signal] indicator is a tool that is used often and used well. In California, people seem to think they are optional. British driving is fast but not so furious, versus the zippy and definitely zany driving culture of California.”

Israelis may get a bad rap for their driving skills, but a 2013 New York Times article shows that they are actually among the world’s safest.

But what about East Coast vs. West Coast driving?

Amy Shulman, OFJCC Web/Marketing Specialist and a native of Queens, New York, notes that New Yorkers are “more aggressive. When you’re stuck in a lot of traffic, people are cutting people off. And those on foot don’t wait for red lights to cross.” 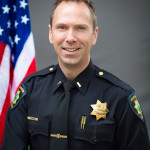 Palo Alto drivers have their own collective behavior. Lieutenant Zach Perron, Public Affairs Manager of the Palo Alto Police Department, notes “We’re blessed in Palo Alto with a very low violent crime rate. But we get a lot of complaints about traffic violations. I think that in Silicon Valley, especially in the City of Palo Alto, people are very busy. They have a lot of things going on in their lives and driving is not viewed as an efficient use of their time.”

Which leads us to the topic of the famous “California roll.” This illegal maneuver, also known as a rolling stop, involves not coming to a full and complete stop at a stop sign. As far as the prevalence of this infraction goes, Lieutenant Perron says, “There is no hard data, as far as technical violations. But if you are talking about the people who stop 100% of the time, the vast majority of people don’t do that.”

He continues, “Intersections are very dangerous places. There are very few places in town where vehicles are traveling at opposite paths and can collide with one another; intersections are an example of that. Proceeding through an intersection is one of the most dangerous times for you as a driver. Our goal is to make people aware of the dangers; the ultimate goal is safety. We want people to be attentive and present and focused on what they are doing.”

What is your driving style like? Let us know by tweeting @ofjcc or commenting on this post!