More than 750 people gathered at the OFJCC on November 22 for an extraordinary conference on the future of Israel, its relationship with American Jewry and the relevance of Zionism today.

Reflecting on the event, OFJCC Board President Susan Saal said: “We proved without a doubt that we are vital to the entire Jewish community, that we convene the most important conversations, and that we attract the most knowledgeable, most influential writers, thinkers and politicians to help us learn and think and grow as a community together.” 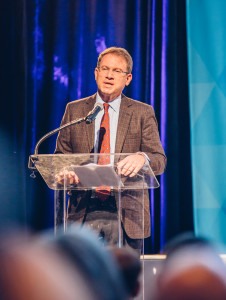 Speakers and participants ranged from the far left to the far right; the commonality was a love of Israel. We even had a moment of “civil disobedience” from a few “non-Israel lovers” who briefly interrupted but did not detract from a day dedicated to civil conversation and open dialogue.

Attendees attested that the event set a new standard for the OFJCC as a safe and welcoming place to engage the community in civil but frank dialogue about important—and tough—Jewish issues:

“Congratulations on what was clearly a spectacularly successful event. Outside of an AIPAC plenary or the G.A., I don’t think I’ve seen anything else like it locally.” -Dan Pine, J Weekly reporter and BDS panelist.

“Every person who spoke made reasoned and valuable points, including those I don’t agree with. Attending a breakout group to hear Amos Schocken was a magic half hour with a literary hero. All the speakers inspired me to return to Israel.”  – Julia Gilden, former New York Times writer 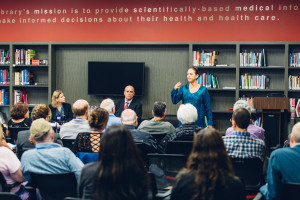 The event was organized under the leadership of Board Member Orli Rinat and ICC Director Ronit Jacobs with the help of a strong steering committee. The entire ICC Department—and many other OFJCC departments—also worked tirelessly to create a fantastic program and setting for the day.

This event was supported by dozens of community organizations and individual sponsors who raised the funds needed to host this event and to fly many speakers from Israel and elsewhere.

Rabbi David Booth of Kol Emeth, one of the sponsoring organizations wrote: “You turned the OFJCC into a regional center of Zionist education and civil discourse. That is truly special. I am so glad Kol Emeth sent well over 40 participants. This is such a great change for the JCC…to become a center and a place of Jewish convening around great culture and ideas.” 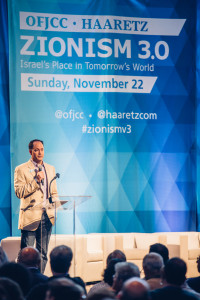