On Sunday, November 22, over 750 attendees participated in an all-day conference at the Oshman Family JCC in Palo Alto, California called “Zionism 3.0: Israel’s Place in Tomorrow’s World.” In partnership with Ha’aretz newspaper, we hosted speakers from across the political spectrum – from Bret Stephens to Peter Beinart, from Amos Schocken to MK Tzipi Hotovely, from Jeffrey Goldberg to MK Zouheir Bahloul, and over a dozen more.

Despite our Jewish community being as politically divided over Israeli politics as any other in the U.S., we felt it was important to create opportunities for open dialogue, especially after the fractious experience around the Iran nuclear deal. 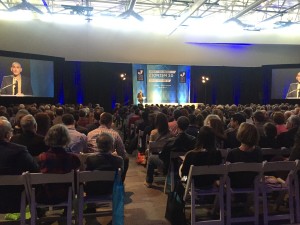 How did we successfully bring together such diverse speakers and such a disparate community? It took patience, hard work and courage. Here are six tips for how you can try this in your community, and a closing thought on why you should! 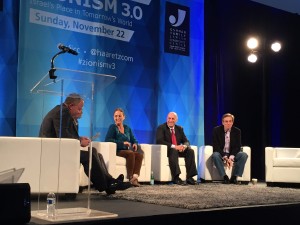 Despite my reservations, the Iran Panel experience and the support of friends, mentors and advisors led me to support this wide-ranging dialogue about Zionism. In the end, I recognized that the OFJCC cannot just showcase my own positions on Israel, just as it can’t represent only my version of Judaism. I may be the CEO, but the JCC belongs to our whole community. And one of the major strengths of this community is its diversity and richness of opinions, perspectives and practices.

That’s why Zionism 3.0 ultimately succeeded. We showed that our community could be an intellectual powerhouse; that we could jumpstart a national dialogue—not in New York, where that’s expected—but in Silicon Valley, a birthplace of innovation.

So, now I come to the why. Why should you try this?

Because deep, meaningful, passionate and civil discussion about Israel is essential both to American Jewish survival and to Israel’s future. Don’t shy away from controversial, difficult issues. Engage with them. That’s what it means to be Jewish. That’s what it means to be the People of Israel. Judaism has always asked us to question, challenge and wrestle with our Jewish beliefs and texts. And we must continue to do this in dialogue with God and with each other.