Fabulous Purim Costumes You Can Whip Up in No Time [DIY]

Preschoolers watch a Purim spiel at the OFJCC.

Make the most out of the festive holiday with fun and creative costume ideas.

Purim is a time of hidden miracles. For this reason, is it customary to disguise ourselves with masks and creative costumes on the holiday. Purim tells the story of a kingdom in ancient Persia where the newly-appointed queen Esther happens to be Jewish, but her identity as a Jew is hidden. The king’s nefarious royal advisor, Haman, comes up with a plot to annihilate all the Jews in the kingdom. Thanks to Esther’s efforts to influence the king with the help of her uncle Mordechai, Haman’s plot is foiled and the Jewish people are saved.

The Megillah, or the Book of Esther where the Purim story is found, is among the only books in the Biblical canon not to mention G-d’s name. Chabad.org notes, “In a sense, this omission itself is what makes the story of the Megillah unique. Hidden under the drama of palace intrigue and politics, G‑d’s hand is apparent.”

The holiday of hidden miracles is celebrated with plenty of food, drink, the reading of the Book of Esther and, of course, costumes to disguise our true identity.

Looking for inspiration for creative Purim costumes for both kids and adults? Check out our Pinterest board. 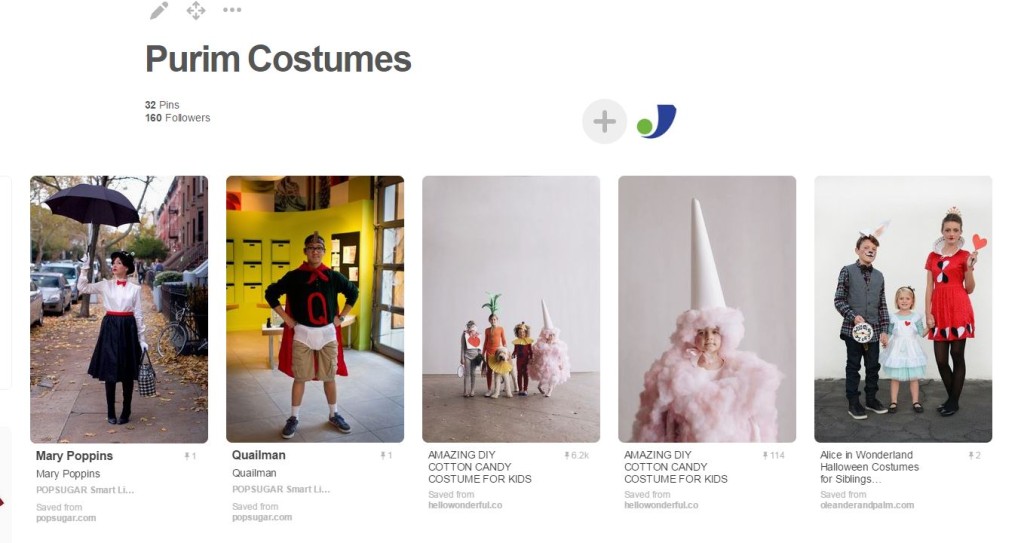 Some of the great examples for kids include:

The Queen of Hearts 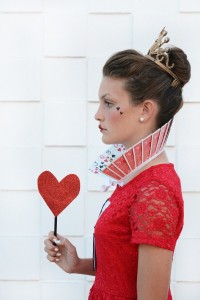 Image from Oleander and Palm 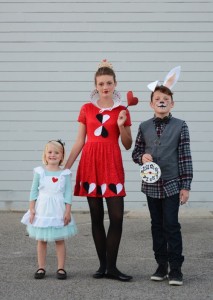 Image from Oleander and Palm

If you have a little more time, try your hand at this cotton candy costume tutorial from Hello, Wonderful.

And check out OFJCC staff member Tal’s little Guy “disguised” as a zebra. 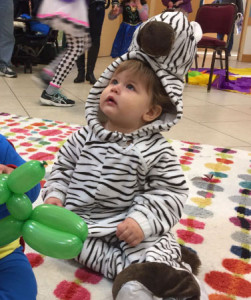