As I sit on the plane flying home after our first-ever Silicon Valley Community Trip to Israel, I want to reflect on the passing of Elie Wiesel.  We were in Jerusalem when we heard that Elie Wiesel had died, and it just so happened that our group was slated to visit Yad Vashem that very day.  The serendipity was not lost on me.

Elie Wiesel was my living hero for the past 25 years.  He wrote and spoke and inspired during my lifetime.  And from his teachings – including the few times I was blessed to meet him in person – I would like to share the six lessons I learned from him.

And finally, this last one came from personal experience: 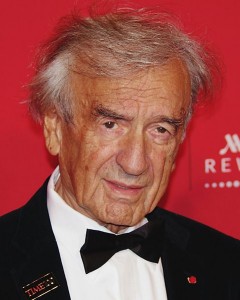 When my 11-year old daughter visited Yad Vashem on the day of Elie Wiesel’s passing, she said it was the most meaningful experience of her life.  Now I think she is ready to start learning from one of my greatest teachers.  And so I will honor Elie Wiesel’s memory by introducing my daughter to his writings, and another generation will begin to learn the same lessons I learned from him.  I only wish she’d had a chance to shake his hand.