The Golden Rule is Not Enough: Reflections on Rabbi Wolpe’s Talk

What will modern Judaism look like in the next century? According to Rabbi Wolpe of Sinai Temple in Los Angeles, the future is unclear.

During his recent talk at the Oshman Family JCC in Palo Alto, Wolpe highlighted several factors that are threatening the continuation of modern Jewish life: the rise of Universalism, the dissipation of pride in Judaism and Israel, and the disintegration of Jewish communities.

The universal tenet of treating others the way you want to be treated is not enough to sustain Judaism as a religion, according to Rabbi Wolpe. The Golden Rule is a major component of many faiths, but Judaism demands that we do more. Since it is simpler to believe in something than to take concrete action, many Jews find Judaism difficult. 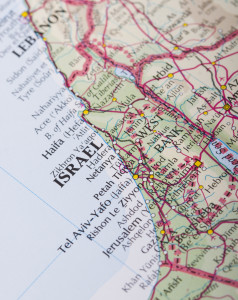 With the creation of Israel and its strong position in world affairs, one might think that pride in being Jewish would increase—unfortunately, in many cases the opposite is true. Without a Jewish state, Jews were always the victims, and could take pride in their continued existence in the face of adversity. However, now that Israel is a robust world power, Jews must take the more difficult role of protecting Israel and justifying its continued existence. This makes many Jews uncomfortable, and in turn they distance themselves from Israel.

Rabbi Wolpe posited that the disintegration of Jewish communities and community life is hurting Judaism’s chances of survival. Today, one doesn’t need to walk out the front door to get food, entertainment, and information. As a result, Jewish communities that used to center around the synagogue, Jewish study and education and the JCC are becoming fragmented.

Wolpe sees a clear solution to these issues: Jews of all ages need to actively choose to be more Jewish. This means engaging in activities that are characterized by Judaism’s morals and values—whether this be following Jewish law, taking part in Jewish rituals, or studying Jewish thought. It also means visiting Israel and being proud of what Jews have accomplished. Finally, it means that one should take an active role in the Jewish community by attending Jewish events, joining a synagogue and raising children in a Jewish home.

The myriad of threats facing Judaism in the modern world may seem discouraging, but Rabbi Wolpe’s message can also serve as a call to action. ENGAJ‘s existence and growing popularity demonstrates that young adults in the Bay Area do in fact value the Jewish community and are actively building it. ENGAJ is an important vehicle for  young adults to take part in community service, celebrate Judaism, and support Israel.

Rabbi Wolpe points out that the future of modern Judaism is uncertain. What is for certain is that we have the power to actively influence Judaism’s future by living more Jewishly. Ultimately, the future of Judaism lies in our hands.

Marla Goodman is the Family Engagement Manager at the OFJCC. In addition to helping families make meaningful connections at the OFJCC, she is passionate about sustainability, environmental policy and social action. Her fondest wish is to SCUBA dive with the majestic Ocean Sunfish.